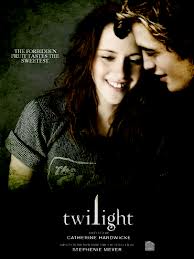 Sometimes in a generation there comes a movie which raises so many questions about it that it achieves a cult status which it may or may not deserve. Fortunately or unfortunately we have Twilight The movie series doing exactly that for our generation. The books have been popular but once the movie was announced all hell broke loose.

How can there exists a series with so much love and hatred attached to it both. What I don't understand is the fact that there are plenty of people who absolutely love this series both the books as well as the movies but then there are those who absolutely hate it. I imagine when something is good it's good, there can never be hatred about it with so many people.

Well, I am saying all this for a simple reason that I have neither read the books nor watched any of the movies. But what fascinates me is that there is so much hype and discussion with this movie. I am very updated with this series even though I have no particular interest in it that much. This is what surprises me, there have been very few movies that have such a double impact on the audiences. It's funny how this can take away credibility from a franchise because we have so much hate about it going on, but then the discussion also comes that even the movies might really be bad they still are successful because of all the hype surrounding it. So is it good marketing strategy or plain right controversial material. Anyway, the thing about twilight is that it looks as though it does not have the substance to hold on to it's status for long and it is only a phase because nothing else was going on I guess. Both aspects aside credit should be given to the series as it made overnight stars of the three protagonists and also made a successful series out of the books which is always a tough thing to achieve.

Here are the links to the movies if you wanna check them out.......